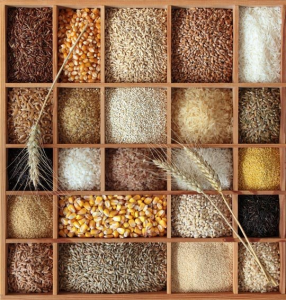 Carbs vs Whole Grains. What’s the difference? Carb confusion is ongoing and we’re often asked about what are the best carbs for health. Whole grains are healthy carbohydrates (carbs) and a terrific choice but many people struggle to find or cook with whole grain foods.

Carbohydrates are the body’s main source of fuel, and the benefits of whole grain carbs go beyond energy to include nutrients such as B vitamins, vitamin E, magnesium, iron and ﬁbre, as well as phytochemicals and antioxidants. Research shows that whole grains lower the risk of heart disease, stroke, cancer, diabetes and obesity.

Whole grain refers to the seed of a plant that has all 3 edible parts – the bran, the germ, and the endosperm. You’ve heard that going for whole grains is good for you and Health Canada recommends making at least half your grain choices whole grains.

Here are 5 ways to get more whole grains in your day: 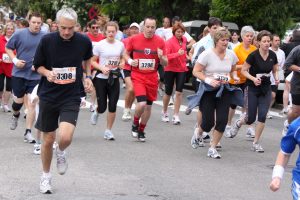 The Rio Olympics are ON! We’re amazed at the commitment and performance of the athletes. You may know that sporting activities are enhanced by well-chosen nutrition strategies. Did you ever wonder what the top evidence-based nutrition tips are for athletes that help drive their best performance? Earlier this year, Dietitians of Canada published a summary of the latest scientific evidence in sports nutrition.[1] Whether you are a ‘weekend’ athlete or training for challenging events, here are our top tips that could help your performance be at its best.

Almost 2/3 of adults and 1/3 of kids are overweight or obese. The obesity crisis is a complex issue. What can be done?

In their report Obesity in Canada released earlier this month, the Standing Committee on Social Affairs, Science and Technology made 21 recommendations to chart a course for a leaner, healthier future. Here are some of the key recommendations which are generating a healthy discussion:

– The federal government assess the options for taxation levers with a view to implementing a new tax on sugar-sweetened as well as artificially-sweetened beverages.
– The Minister of Health: 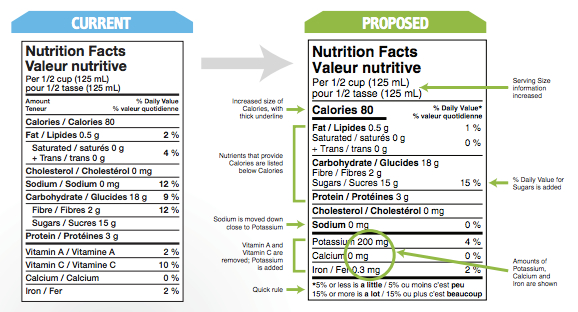 On June 12th, Health Canada shared a proposed Nutrition Facts table aimed to improve nutrition information on food labels. As part of the consultation process you are invited to provide comments in writing to Health Canada by August 26, 2015. This is the right time to get involved let your voice be heard! In general, the proposed changes are as follows:

Contact us if you would like to discuss the interpretation of the proposed label changes and how they may impact your business. We can also assist with your comments to Health Canada during the consultation phase which ends August 26, 2015. 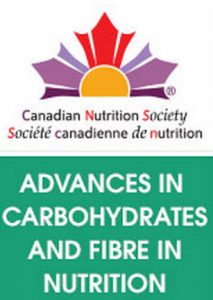 On January 11th, 2014 we attended the one-day CNS conference on Advances in Carbohydrates and Fibre in Nutrition at the Hyatt Regency in Toronto. The event drew over 250 attendees including nutrition professionals, dietitians and students with expert updates on functional fibres, claims in Canada and Glycemic Index of foods.

Dr. Joanne Slavin presented the growing importance of fibre’s beneficial role in health related to cardiovascular disease, diabetes, cancer, body weight and satiety, digestive health including microbiota. Fibre is a nutrient of concern because few people consume the recommended daily amounts. As you may know, Health Canada has a New Fibre Policy as of 2012.  The important news on fibre is that there are many fibres with known beneficial health effects, but they are not all equally effective, and may act differently when isolated from intact plant structure. The debate on the way to communicate information about Glycemic Index (GI) continues in Canada. Dr. William Yan discussed Health Canada’s published position on the use of the GI claims on food labels as published in the 2013 issue of the American Journal of Clinical Nutrition. The important concept reinforced by the world renowned speakers Drs. David Jenkins and Thomas Wolever was that GI is an easily misunderstood concept. GI is a measure of carbohydrate quality in a food, and is not an index for glycemic/insulin response in a person. Furthermore glycemic/insulin response in people is determined by the glycemic index of the food and the amount of food eaten. Thus a lower GI food could have a higher glycemic response depending on how much of the food is consumed. It’s certainly a complex topic! Don’t hesitate to contact us if you have any questions about carbohydrate nutrition including fibre and glycemic index.