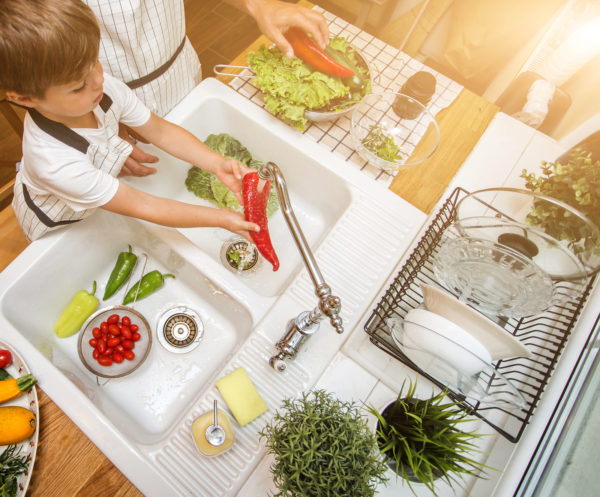 With back to school, it’s time to get those lunch bags busy again. A recent study published in the Public Health Nutrition journal found that school kids are eating better than they did 15 years ago. But there’s still room for improvement.

The study, led by researchers at University of British Columbia, compared the diets of about 7,000 kids aged 6 to 17 between 2004 and 2015. The nutritional value of the foods were judged using the Canadian Healthy Eating Index, which considers 11 dietary components such as total vegetables and fruit, whole fruit, whole grain products, saturated fat and sodium.

Overall, there was a 13% improvement in the foods that kids were eating during the school day. Specifically, school kids were eating more vegetables and fruit, as well as eating fewer calories from “minimally nutritious foods” including sugary drinks and salty prepackaged choices.

Here’s what you can do:

• Get kids involved in the food experience. Ask them to wash veggies, chop ingredients and help with the cooking. Bonus – kids are more likely to eat the meals that they’ve made.
• Set them up for success. Make lunches together. Include a variety of fruit, veggies and whole grains. Keep portions manageable for your child’s appetite.
• Be a great role model. Monkey see, monkey do. When you eat broccoli, there’s a better chance that junior will too.
• Advocate for healthy eating. Canada is the only G7 country without a national school food program. With the upcoming federal election, let’s put this on the agenda to nourish our future generations.