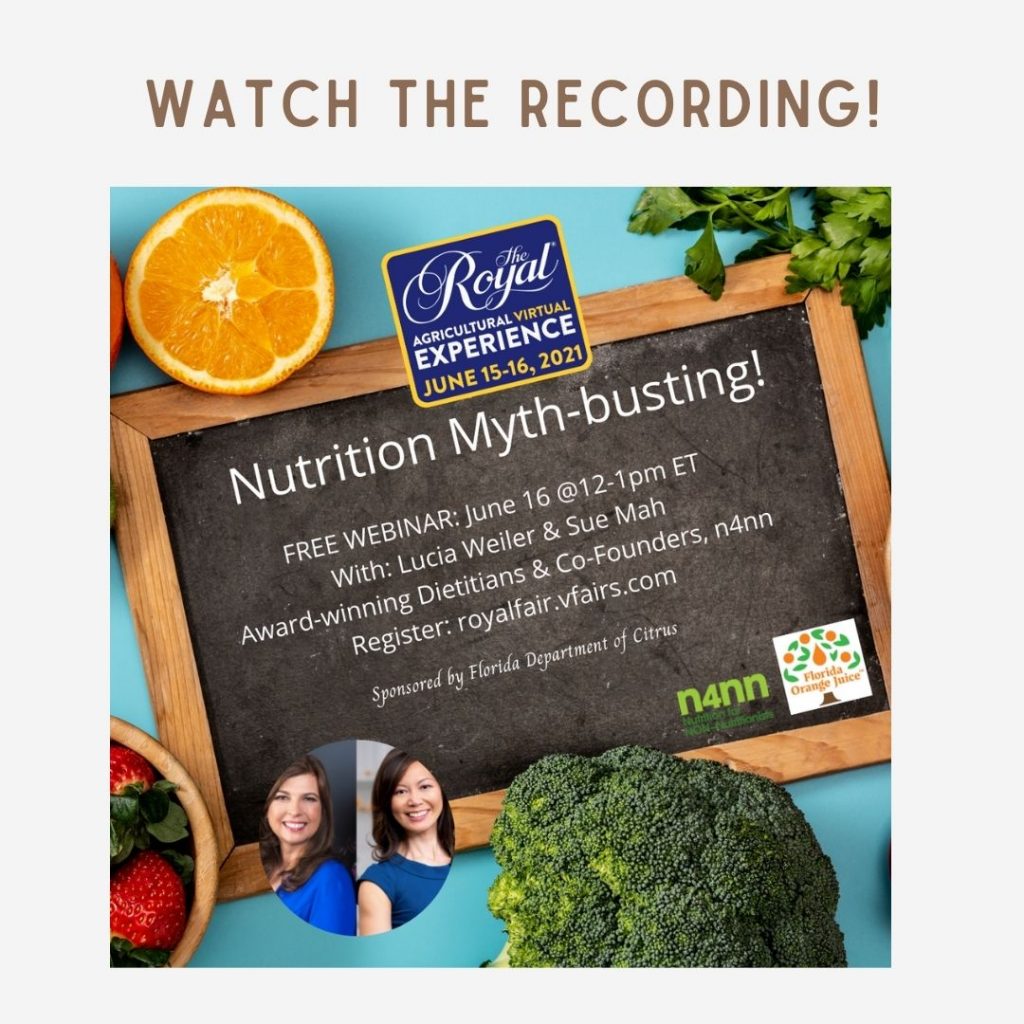 Do you love food? We sure do! But there are so many nutrition myths out there.

Get the facts on food and beverage in this fun, interactive presentation. Join Lucia and Sue as they share the science of nutrition, offer credible advice for healthy living, and answer your burning questions. Sponsored by Florida Department of Citrus. Hosted by The Royal Agricultural Virtual Experience – Summer 2021. 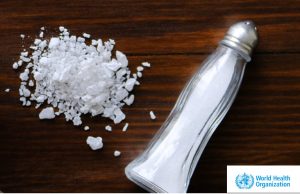 Did you know that you’re likely consuming significantly more than enough sodium every day?  According to Health Canada, we eat about 3400 milligrams (mg) of sodium each day. This is more than double the amount we need, yet most people don’t know how much sodium they consume or the risks it poses, says the World Health Organization (WHO).

Sodium is an essential nutrient found in salt and many foods but our bodies need only a small amount of sodium to be healthy.  Due to its link to high blood pressure and other illnesses, sodium is a nutrient of public health concern. Too much sodium can lead to high blood pressure, a major risk factor for stroke, heart disease and kidney disease. High sodium intake has also been linked to an increased risk of osteoporosis, stomach cancer and severity of asthma. (Health Canada)

Sodium in the diet

This is a tricky question, and the answer is b) breads. Breads are the food group that contributes the most sodium in the Canadian diet. This not because breads are high in sodium, but the sodium adds up since we eat breads in high amounts.  Soups and processed meats tend to be high in sodium but we consume them in lower amounts, hence they contribute less sodium to the total diet.

National guidelines and sodium reduction recommendations have been in place for a while, but these are the first ever published “global sodium benchmarks” according to the WHO. This is because sodium reduction a global issue!   WHO stresses that “reducing sodium content by reformulating processed foods is a proven strategy to reduce population sodium intake, particularly in places where consumption of processed foods is high. Dr. Tedros Adhanom Ghebreyesus, WHO’s Director-General also states “we need the food and beverage industry to cut sodium levels in processed foods,”

5% DV or less is a little and 15% DV or more is a lot. Look for products with a sodium content of less than 15% DV per serving.

Too much sodium raises blood pressure. Diets rarely lack sodium and most Canadians eat more than double the amount of sodium they need. You can make healthier choices when grocery shopping, cooking and eating out to help lower the amount of sodium you and your family eats.

Would you like more information? Contact us for guidance on lowering the sodium levels in your diet and in your processed foods. As dietitians we are trusted and credible food and nutrition experts on raising awareness and providing education to support sodium reduction as an important public health priority.